With the Southern Hemisphere summer barely underway and the country already reeling from record-breaking heat, no one expects relief any time soon. No rain is in the forecast. 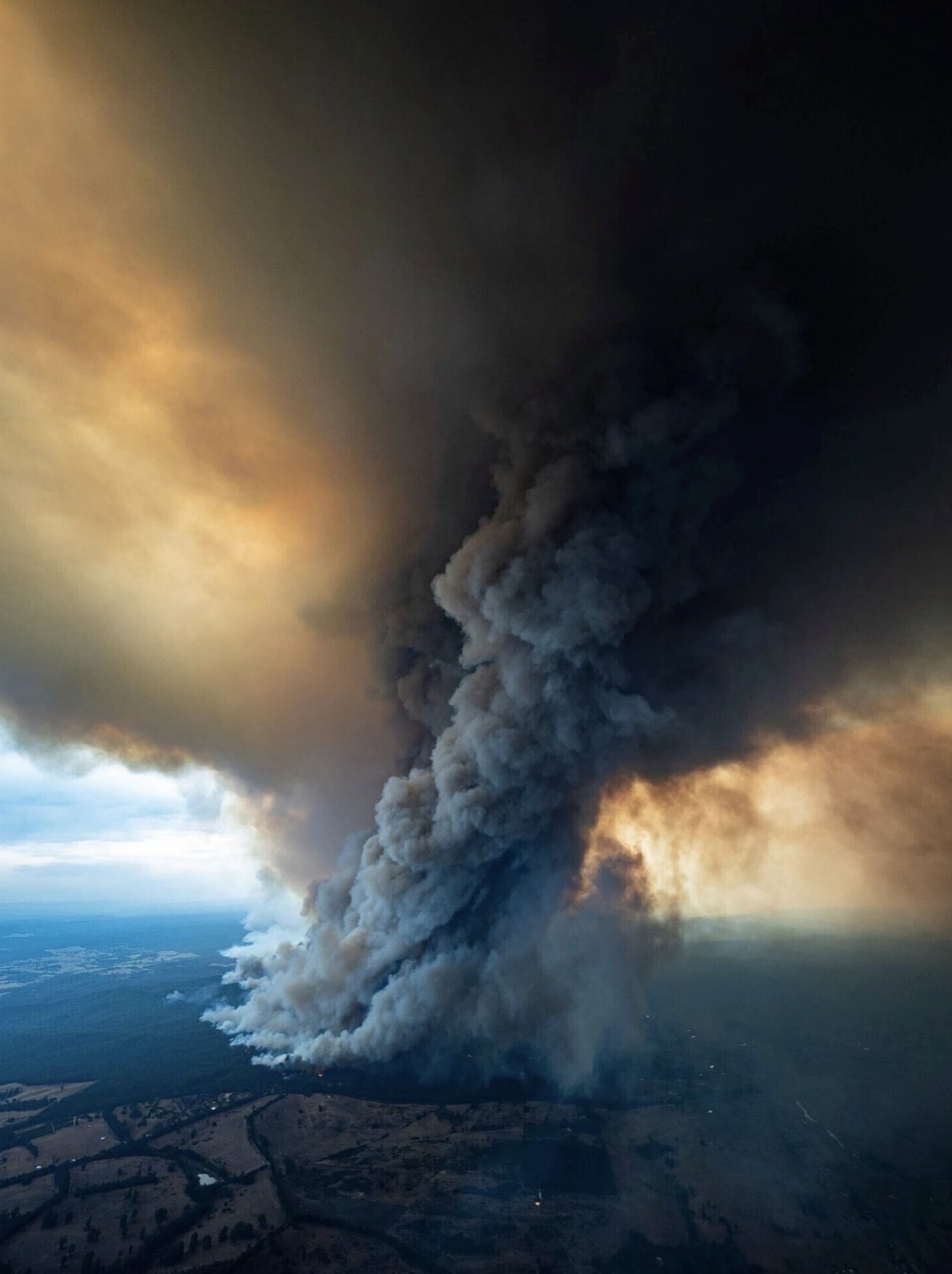 Sitting in my car with the engine running opposite Currarong Beach. Windscreen covered in ash rain, which continues to fall. It is so dark the streetlights have come on. Currowan Fire now at emergency level. 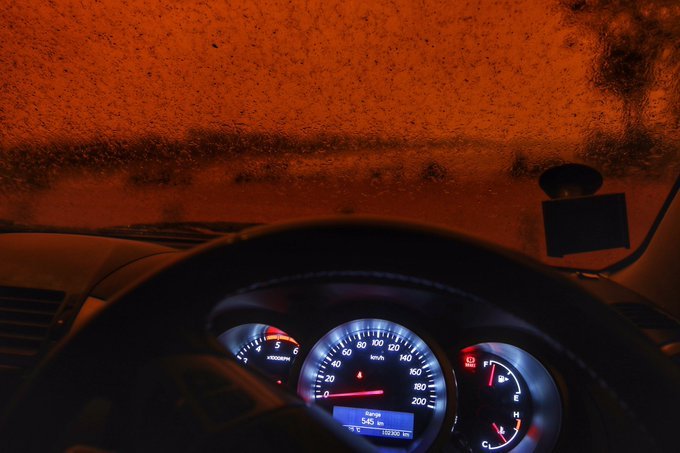 A father and his daughter watch smoke from the out-of-control Currowan Fire sweep over the South Coast town of Currarong. The fire has turned pyrocumulus, resulting in ash rain. 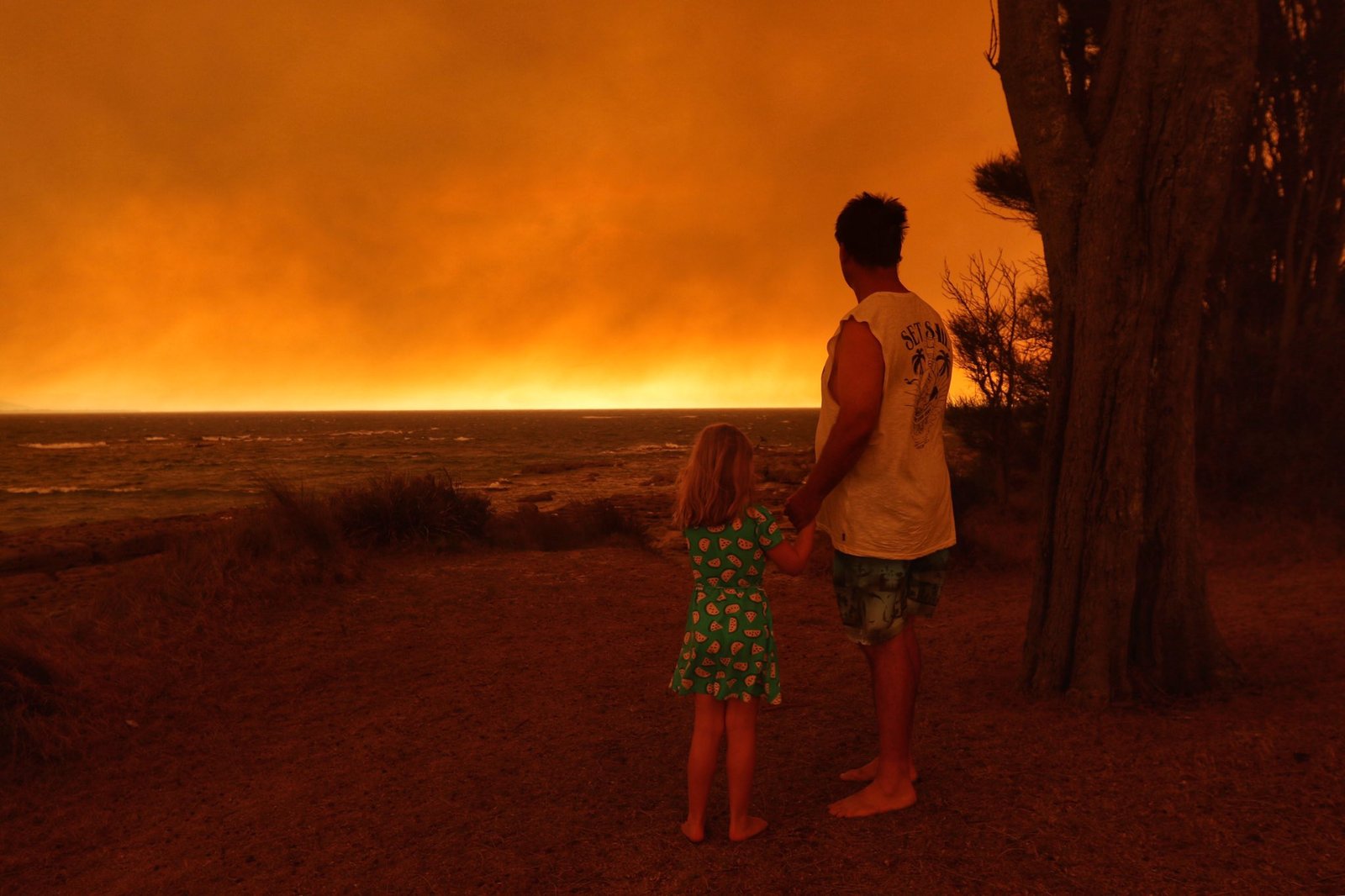 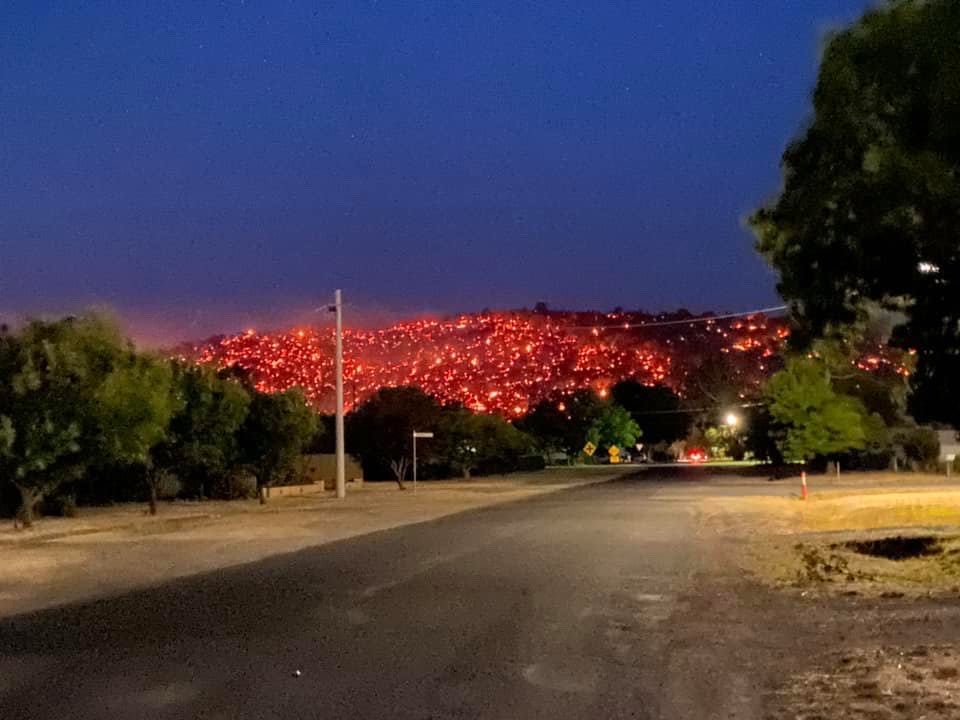 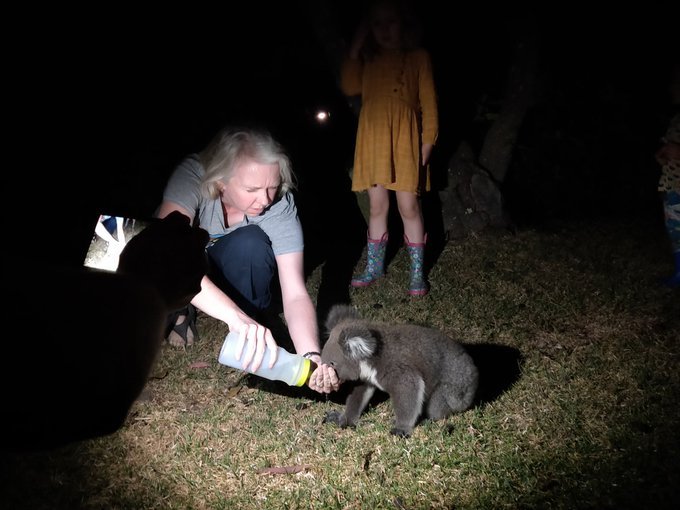 Our wildlife is enduring one of the toughest bush fires seasons to date. Patrick Boyle has been helping find injured wildlife in Mallacoota. Here he is pictured with one of the seven koalas he’s helped save. An amazing effort! 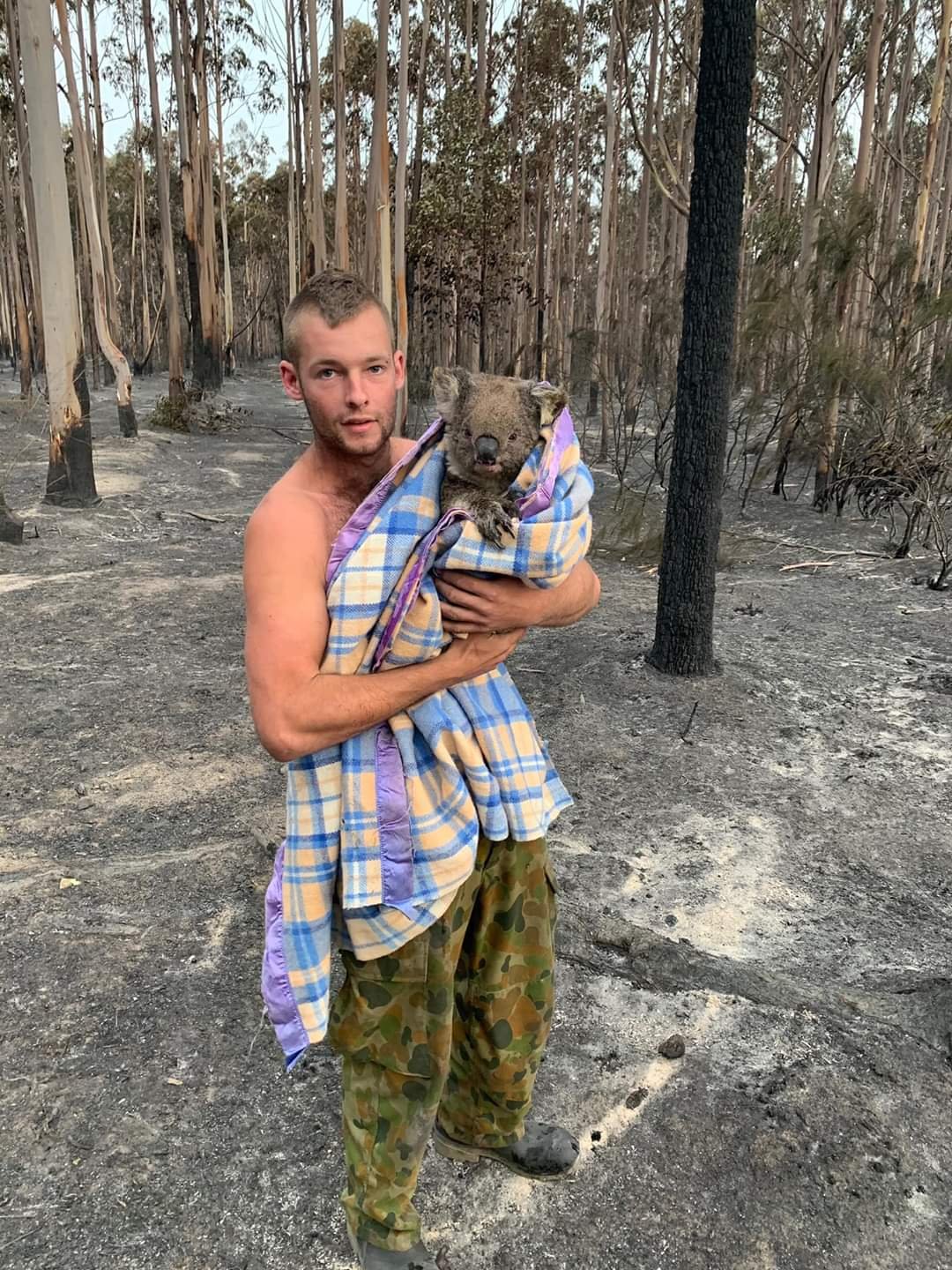 And this, by David Caird, taken at Mallacoota, Victoria (where the navy is currently evacuating thousands of people on ships, small boats and helicopters). 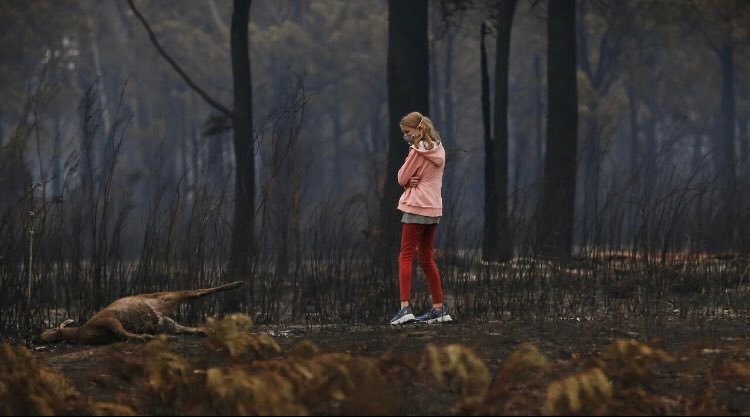 And for context, another photo, taken days before and in another state, by a mother, Allison Marion, who fled the burning Victorian Coast with her two young sons in a boat. 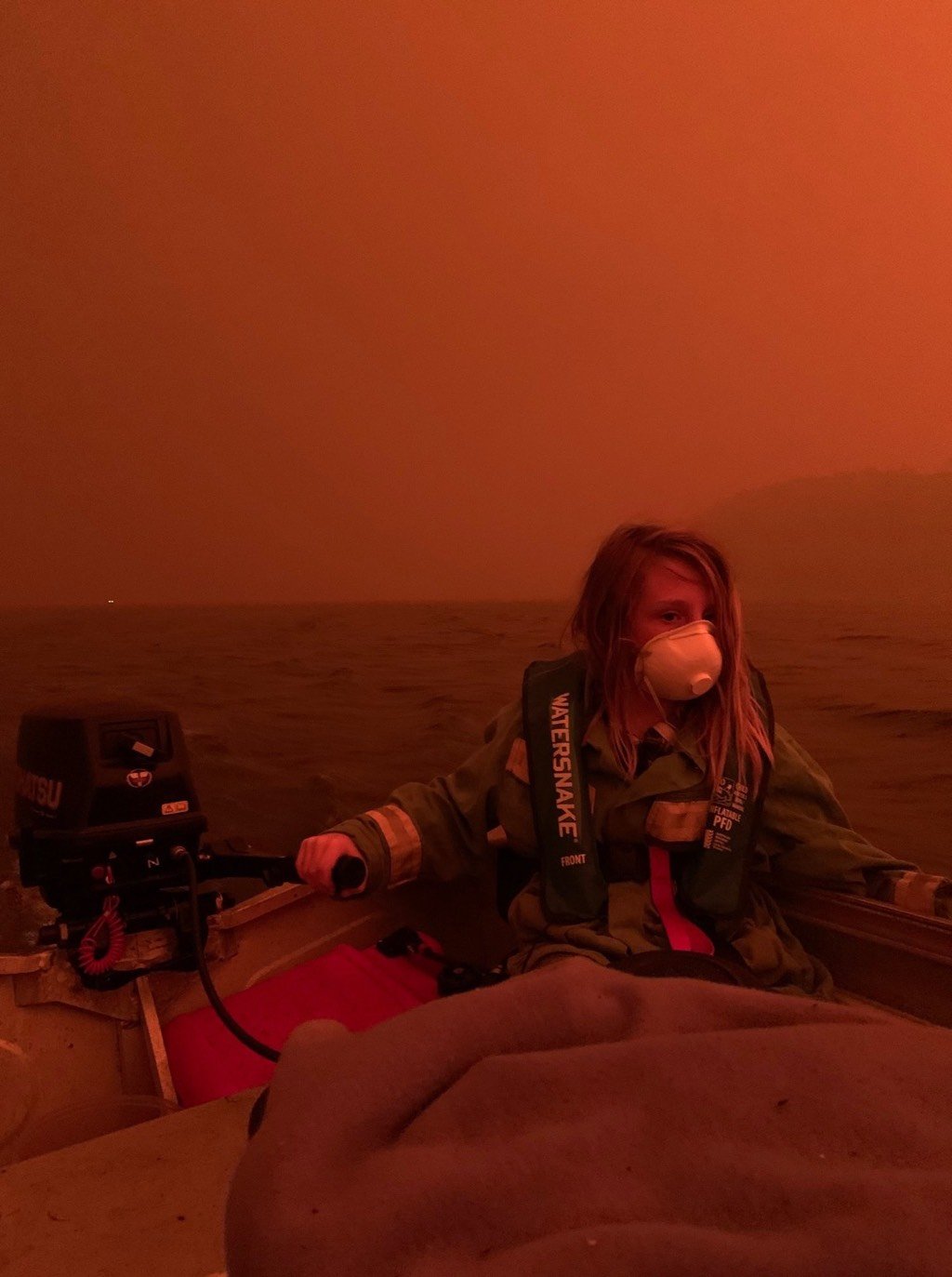 When Brueghel meets the anthropocene. Extraordinary photo by Alex Coppel of bushfire evacuees on the beach at the usually sleepy Malua Bay. 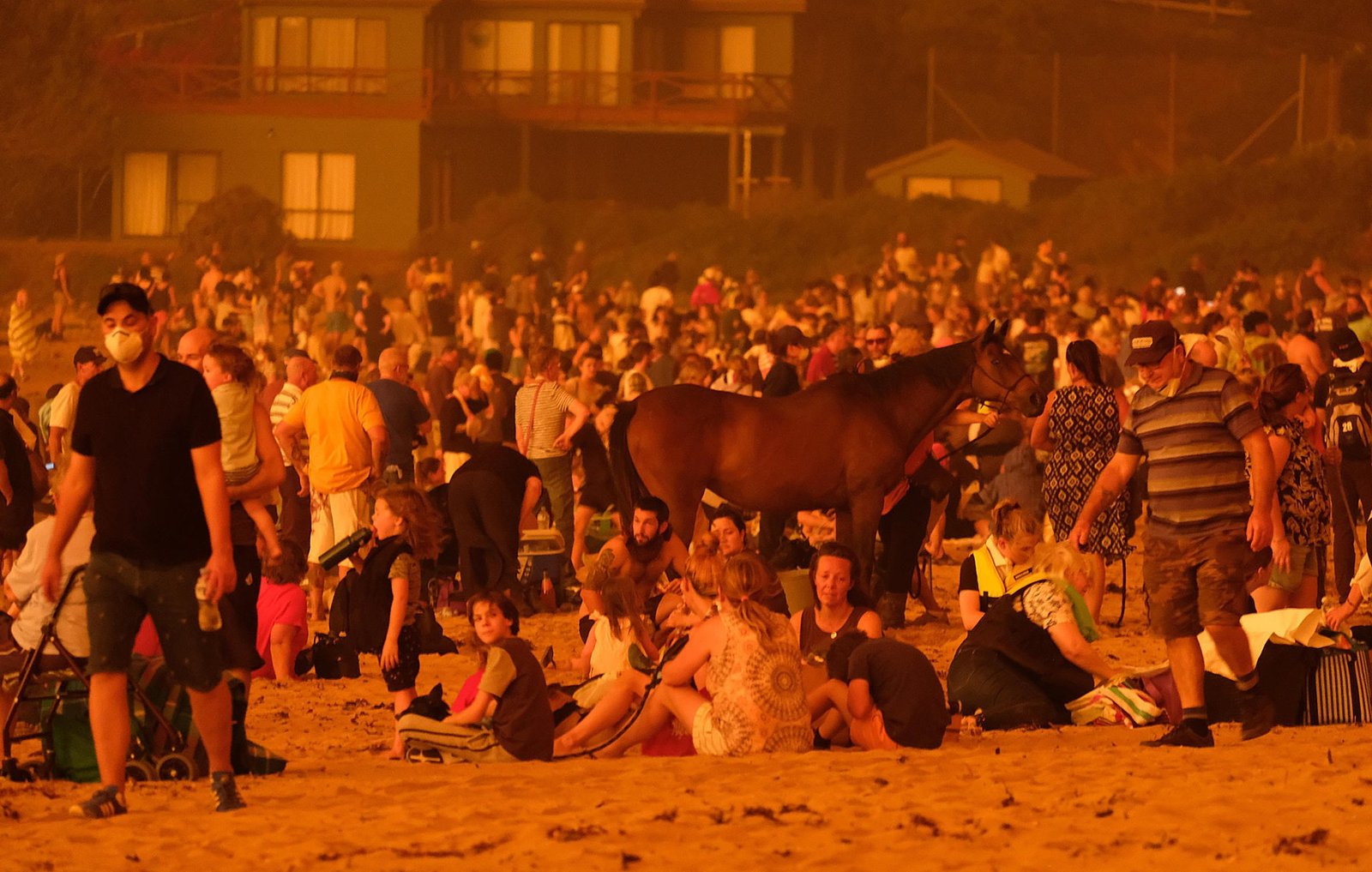 Wildfires turn the daytime skies red in Mallacoota, Australia. People in the Foreshore Caravan Park are staying through what will be a day of severe fire conditions with large fires still burning out of control to the north of the town. (Photo taken by Justin McManus) 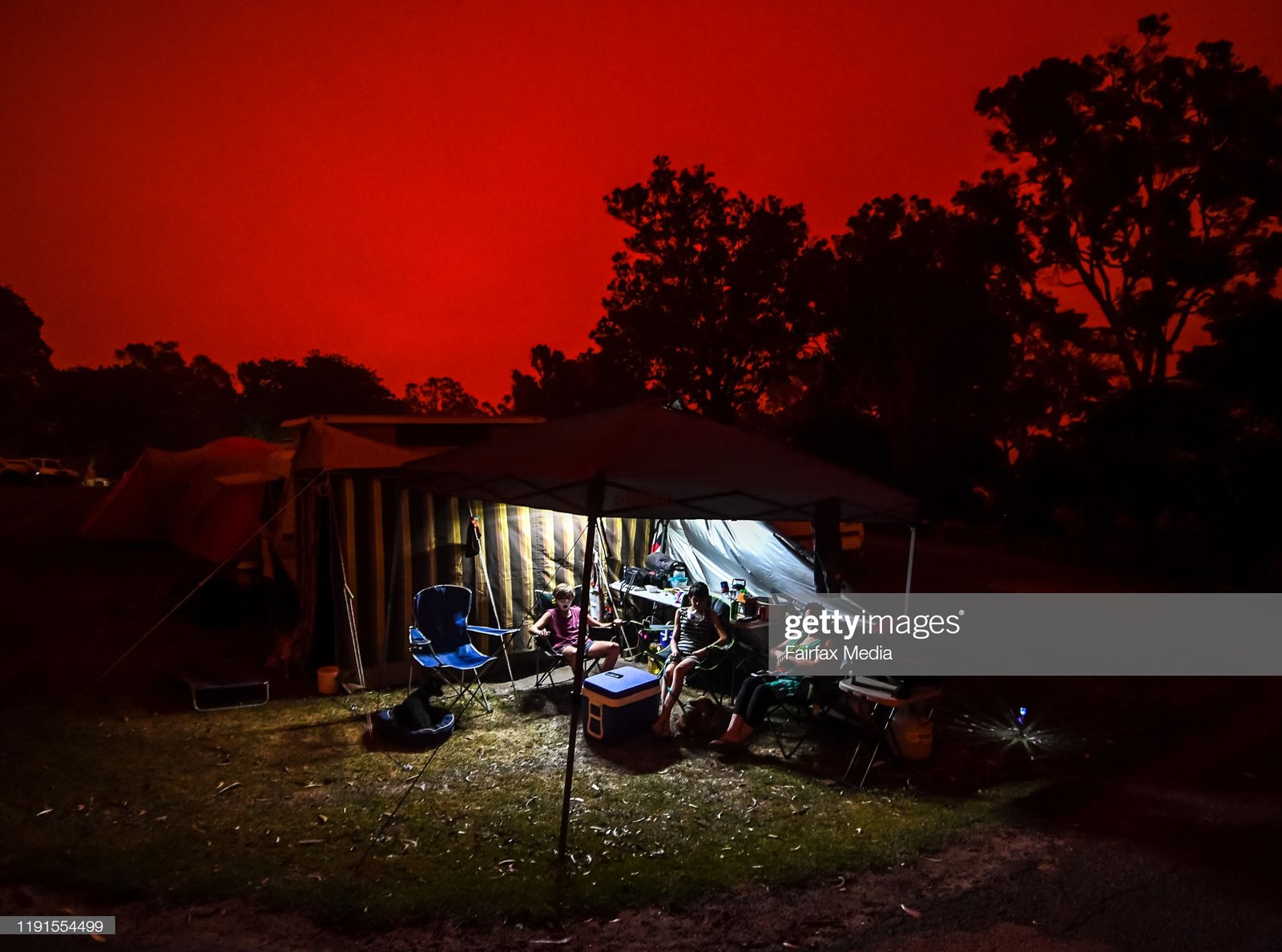 Civilians are evacuated from the beaches of Mallacoota, Victoria by the navy during the #AustralianBushfire emergency (Justin McManus/@theage) 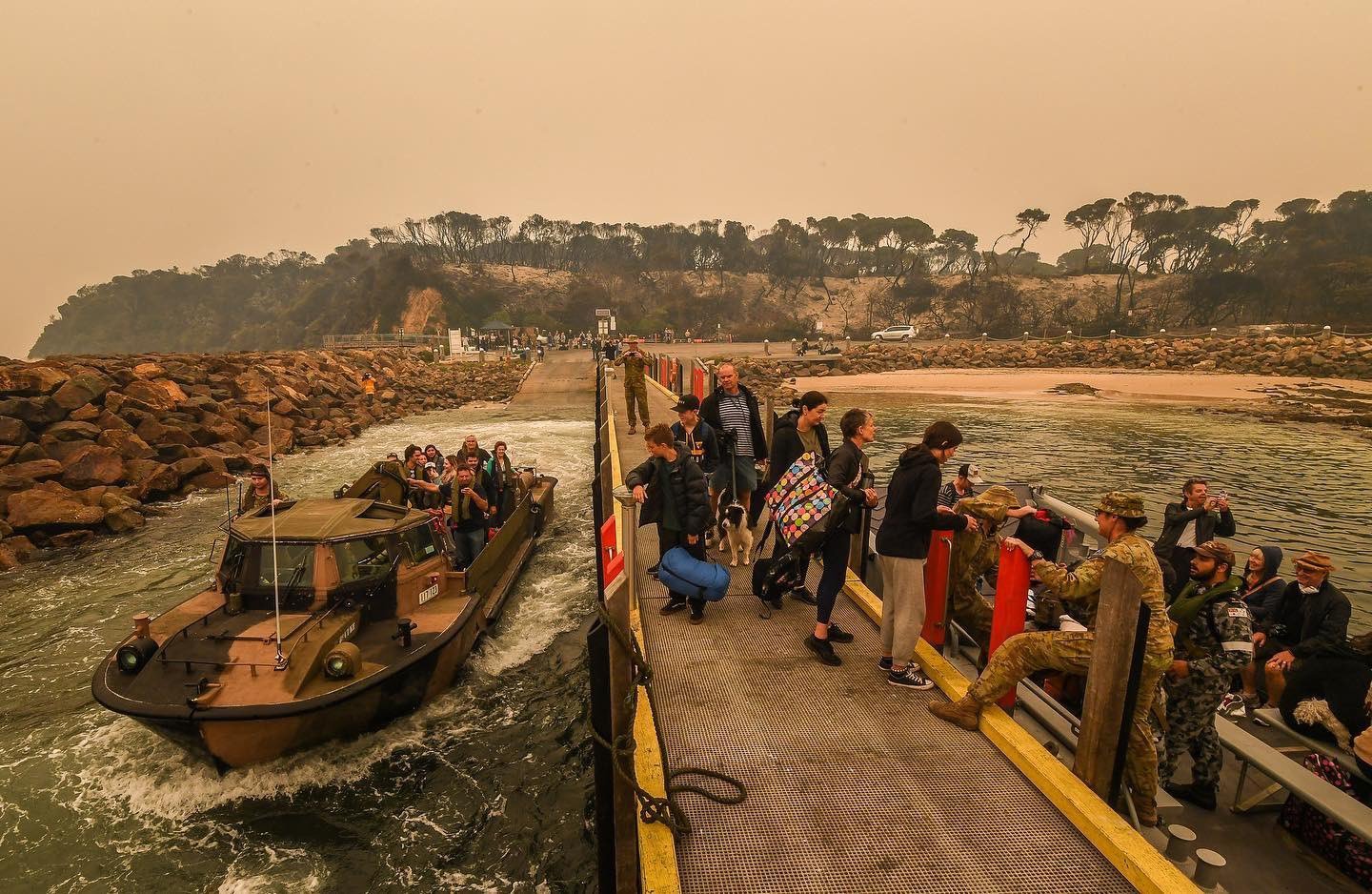 Birds taking off as the Adamina by Complex bush fire approaches in the Snowy Mountains. (Photo taken by Alex Ellinghausen) 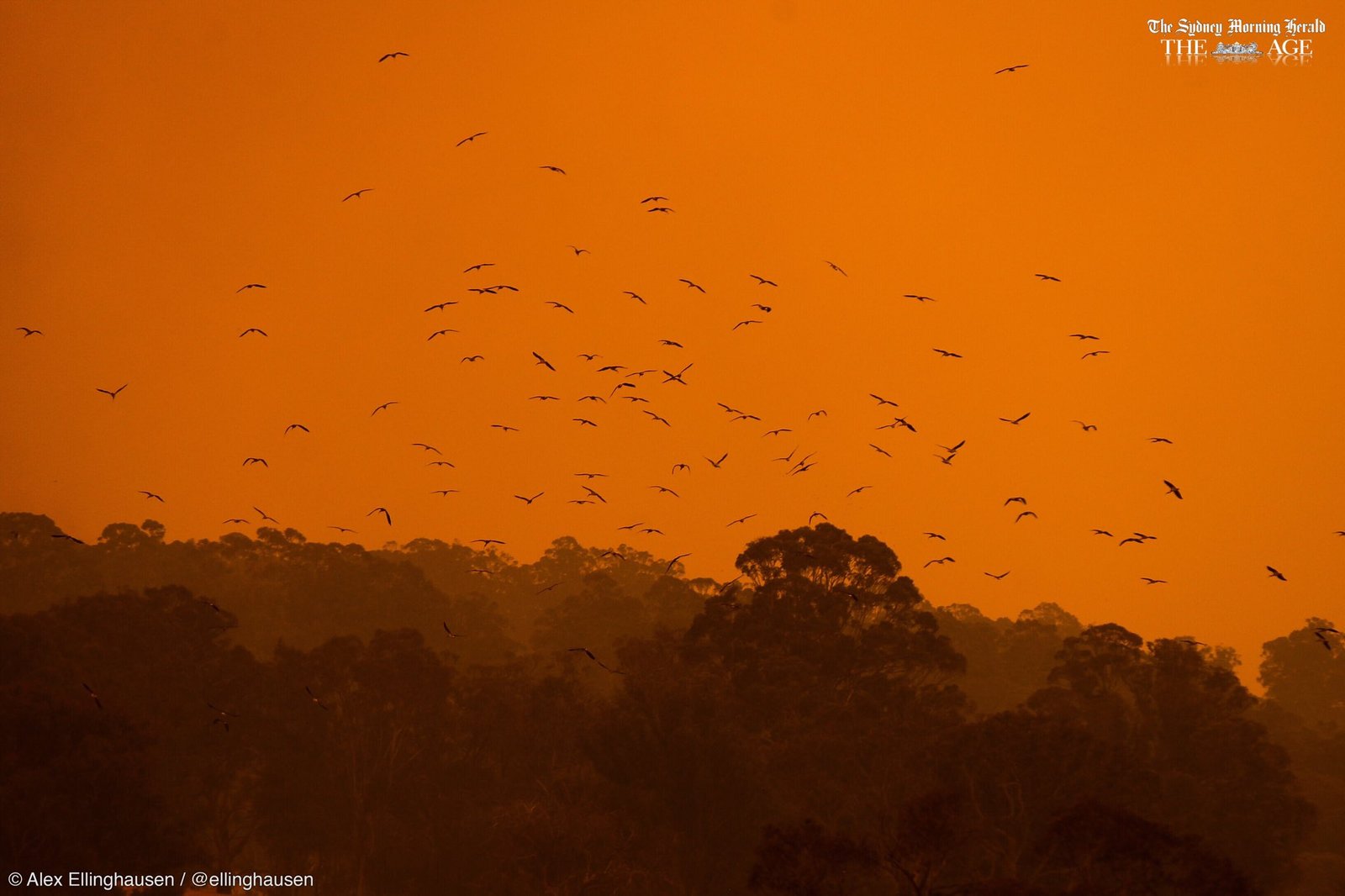