Tree decline is one of the most serious problem now a days. Trees are defined as woody plants that can reach a height of usually 15 feet or more at maturity. Trees always have a long relationship with people and is the most noticed and celebrated by people.

World-wide there are more than 20 tree species individuals with an estimated or measured height greater than 250 feet. Big trees are important to all of us, even to those who don’t know how they are benefiting from what these trees do. The biggest trees are not necessarily the oldest, but they are usually the trees that have been protected in some way.

It is the biggest tree on earth located in Sequoia National Park in Tulare, California. It is 25 feet wide at its base and 275 feet tall but perhaps even more unbelievable is the trees age. It sprouted at around the same time as the ancient Roman civilization started two thousand seven hundred years ago. It is now a popular tourist destination in the state of California.

In January 2006, the largest branch on this tree broke off. 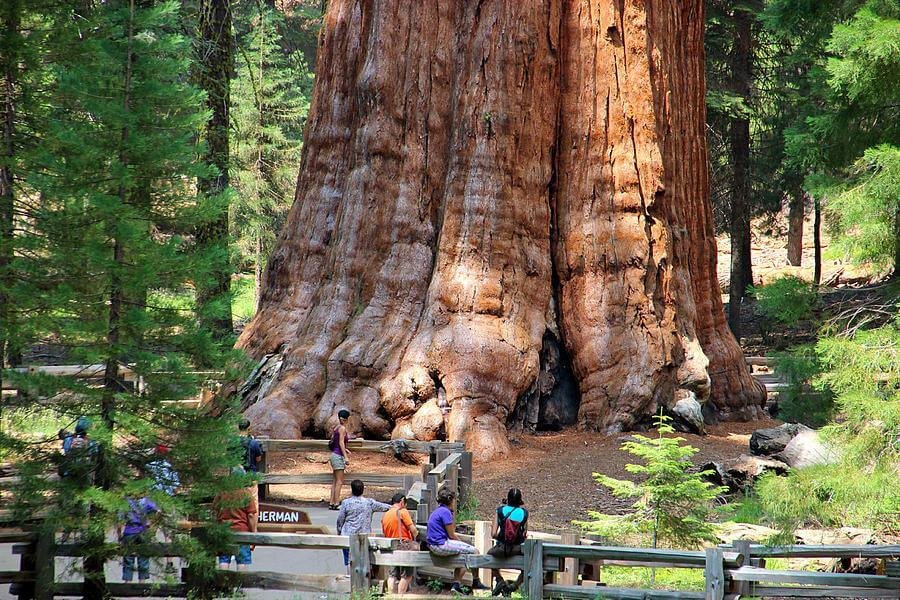 It is the second biggest tree in the world. What a great name it is located in the jet Smith redwood Park, California. The tree was only quite recently discovered in 1998 and is hidden in a dense forest of other redwood trees. The location of the tree is not known to the public so as to protect its ecosystem from human trafficked.

It was first discovered on May 11, 1998 by Stephen and Michael Taylor. 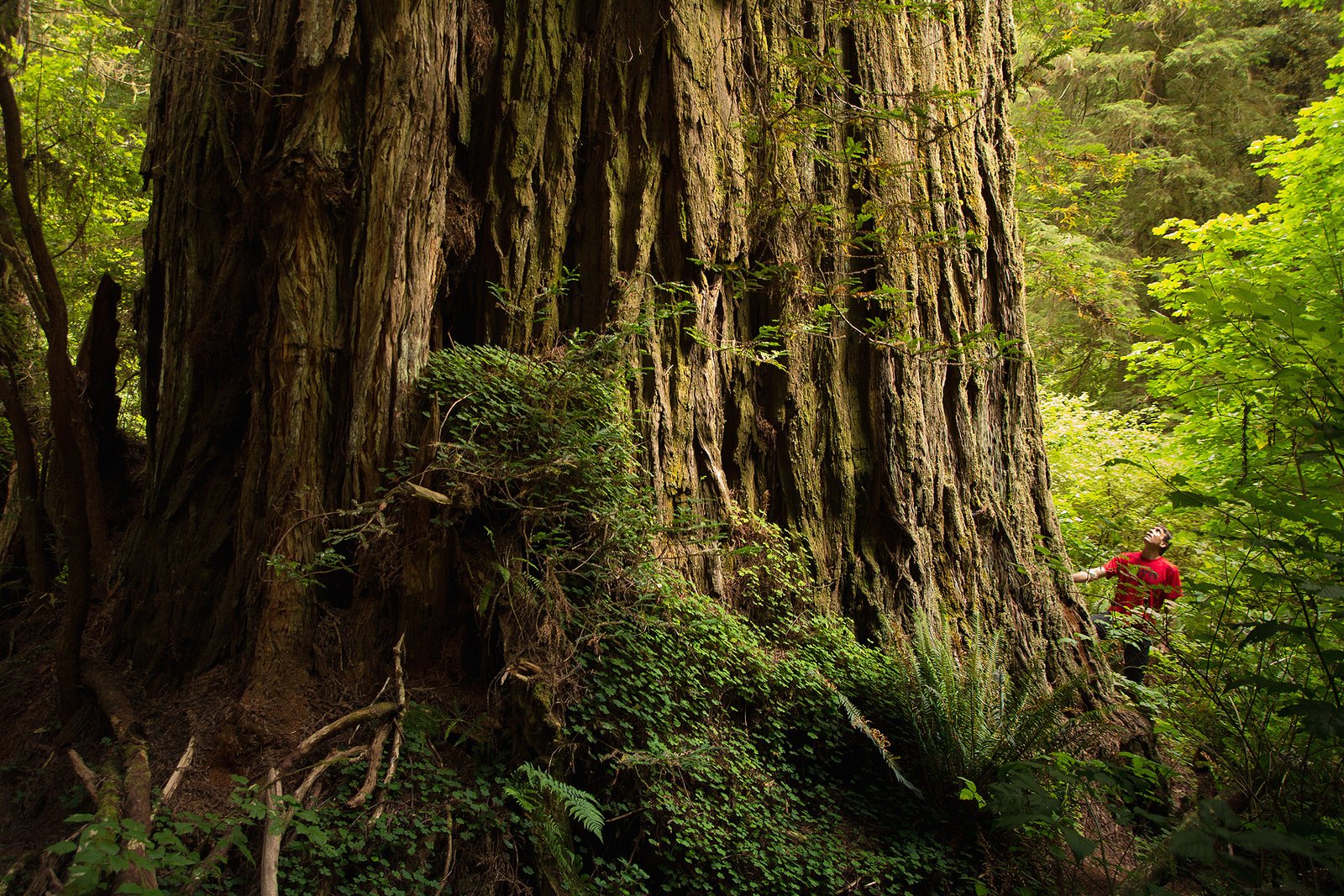 El Arbol del Tule tree (In Spanish, The tree of Tule) located in the church grounds in the town center, Mexico is the third largest tree in the world. The tree is not as tall as the others on this list but it is significantly wider and has a diameter of 46 feet. The tree rests in the middle of the town of Santa Maria when the town was founded they actually built around the tree to preserve it. It is now the most well-known landmark in the region.

It is so large that it was originally thought to be multiple trees, but DNA (Deoxyribonucleic acid) tests have proven that it is only one tree.

In 1990, it was reported that the tree is slowly dying because its roots have been damaged by water shortages, pollution, and traffic, with 8,000 cars traveling daily on a nearby highway. 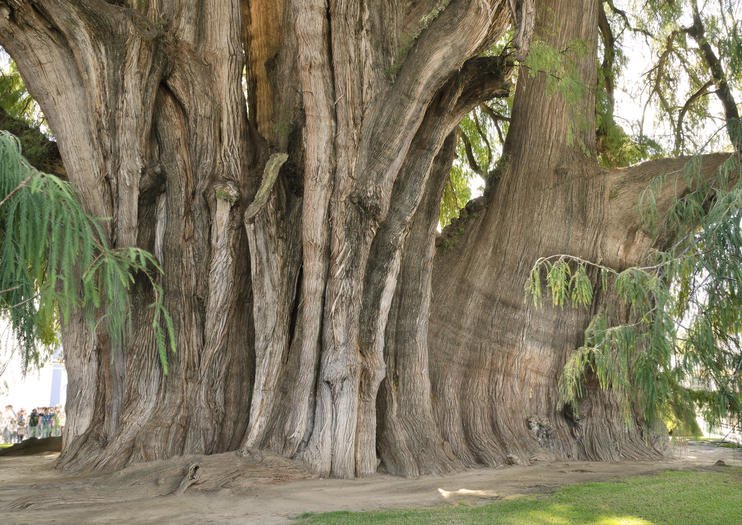 Tāne Mahuta is located in white blue forest, New Zealand. Tāne Mahuta is a giant kawari tree and is around 1700 years old. In 2013 that drought hit the region and the tree almost died but people diverted 10,000 liters of water from a nearby stream to save its life it is now back to good health.

This tree is also called Lord of the Forest and is the largest kauri known to stand today.

In the state of Washington, is the largest known red cedar tree in the world. It is around 20 feet in diameter and stands a hundred and seventy five feet tall but unfortunately this tree has reached the end of its life after having lived over a thousand years.

The colossal giant is starting to collapse and decay. In 2016 a large section completely broke away when its breakdown is complete the stump the serve as a reminder of how large this tree used to be. 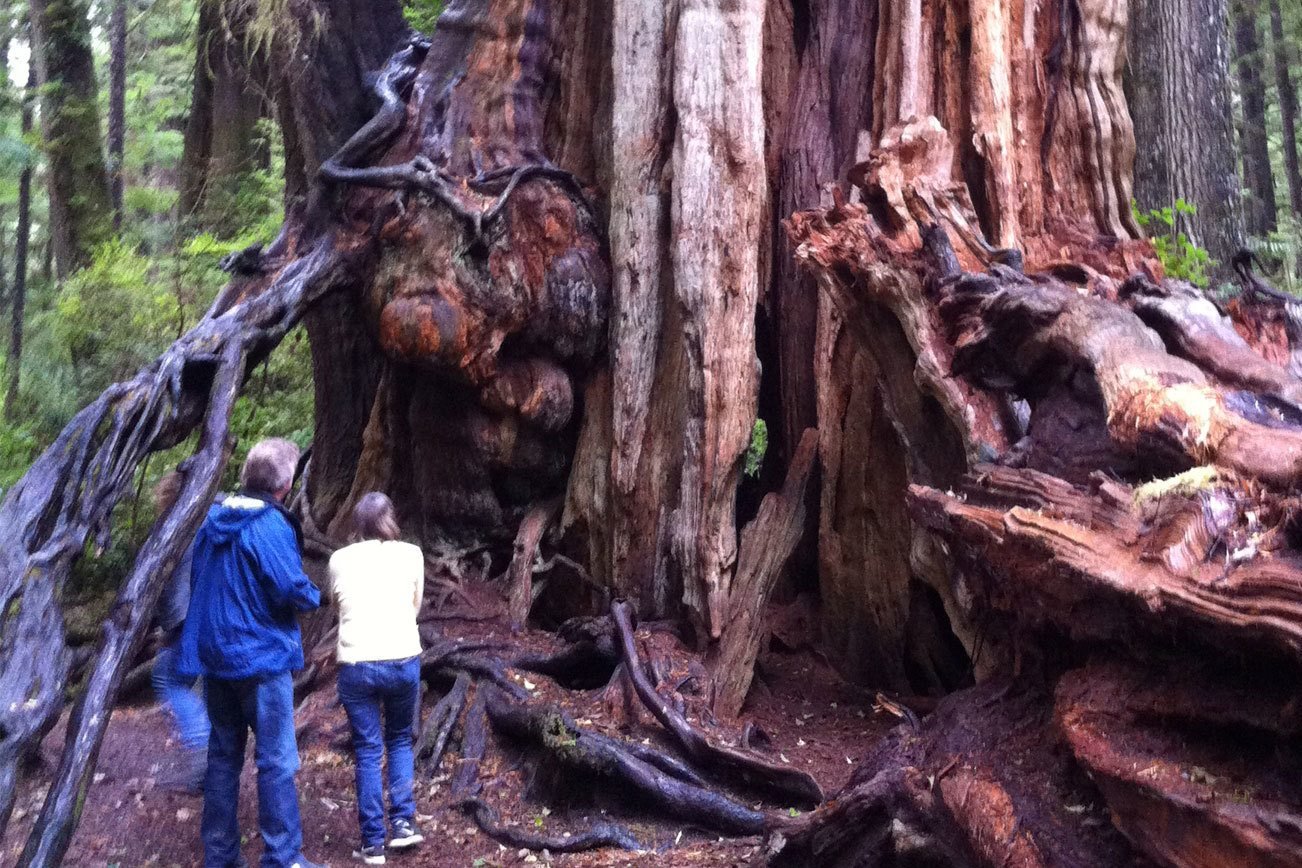