On 18 February, 2021, the Mars rover successfully landed on the surface of the Red Planet. The purpose of the most risky and historic landing ever is to find out if there was ever life on Mars. The campaign will also try to bring pieces of rock from the planet that could be important in finding an answer to this question.

Ground controllers at the space agency’s JPL in Pasadena, California, expressed happiness and relief after the rover ‘Perseverance’ was confirmed to have landed on the surface of Mars.

It took 11 and a half minutes for the signal to reach the ground about the successful landing and as soon as this news was received, the atmosphere of tension ended.

Rover Controller Dr. Swati Mohan announced, “Confirmation has been reached. This is the third trip to Mars in the past week. Earlier, one vehicle each from Saudi Arabia and China had also entered orbit near Mars“.

NASA’s landing sparked a wave of excitement among NASA scientists and staff. One of them was a moment of great excitement, especially for Dr. Swati Mohan, a scientist of Indian descent.

The moment that my team dreamed of for years, now a reality. Dare mighty things. #CountdownToMars pic.twitter.com/8SgV53S9KG

On the successful landing of Perseverance Rover, NASA engineer Dr. Swati Mohan said, “Touchdown on Mars has been confirmed. Now it is ready to start looking for signs of life”.

While the whole world was watching this historic landing, Swati Mohan G.N. A&C was coordinating with the subsystem and the entire project team.

Dr. Swati Mohan is an Indian-American scientist who, in addition to being a leading systems engineer during the development process, also oversees the team and schedules mission control staffing for guidance, navigation and control (GN&C). NASA scientist Dr Swati was just a year old when she left India for the United States. He spent most of his childhood in North Virginia-Washington DC where she spent most of the time in metro area. 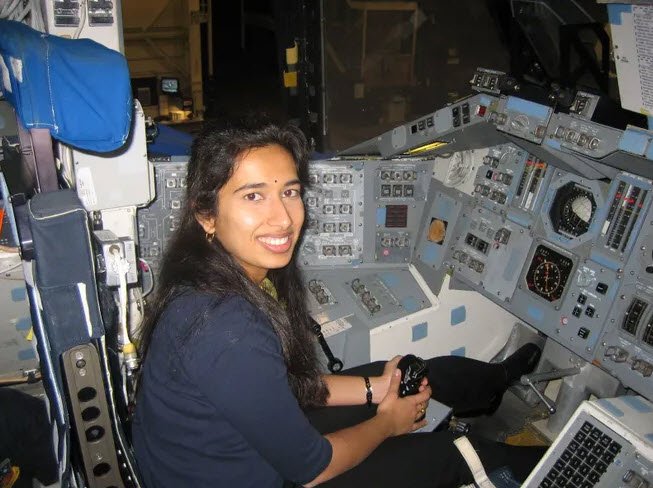 At the age of 9, she saw Star Trek for the first time, after which she was impressed by the beautiful pictures of new areas of the universe. During this time she realized that she wanted to do this and find new and beautiful places in the universe. By the time she was 16, and wanted to be a pediatrician.

Dr. Mohan graduated in Science from Cornell University with a degree in Mechanical and Aerospace Engineering and an MIT in Aeronautics / Astronautics. To MS. And Ph.D. Degree.

She has been a member of the Mars Rover mission at NASA’s Jet Propulsion Laboratory since its inception. At the same time, Swati has been a part of various important NASA missions. This Indo-US scientist has also worked on the Cassini (a mission to Saturn) and Grail (a pair of spacecraft to the moon) projects.