In the ancient times, where the Himalayas attracted our monks to make their Penitential, the climbers in today’s age salute it as a challenge.

The beauty of the Himalayas is in its diversity. The high peaks, glaciers of many km long, lakes and deep water rivers, intricate geological formations and unique fauna and flora make it naturally miraculous. But climate change during the last few decades has ‘shaken’ the Himalayas even millions of years ago.

Humanitarian industrial activities are certainly responsible for climate change and now gradually its impact on the entire humanities is also showing. Over time this effect will become more severe. Therefore it is necessary to save the Himalayas. Today, we know some unknown or lesser known sides of this mountain range:

How was the creation of the Himalayas?

Where the Himalayas are today, there used to be an ocean named Tethys Ocean. This is the case of the Jurassic period (about 20 to 145 million years ago). This Tethys was a giant, but shallow ocean. It was surrounded by two huge plots. On one side was Laurasia and on the other side Gondwanaland (Indian Plate). 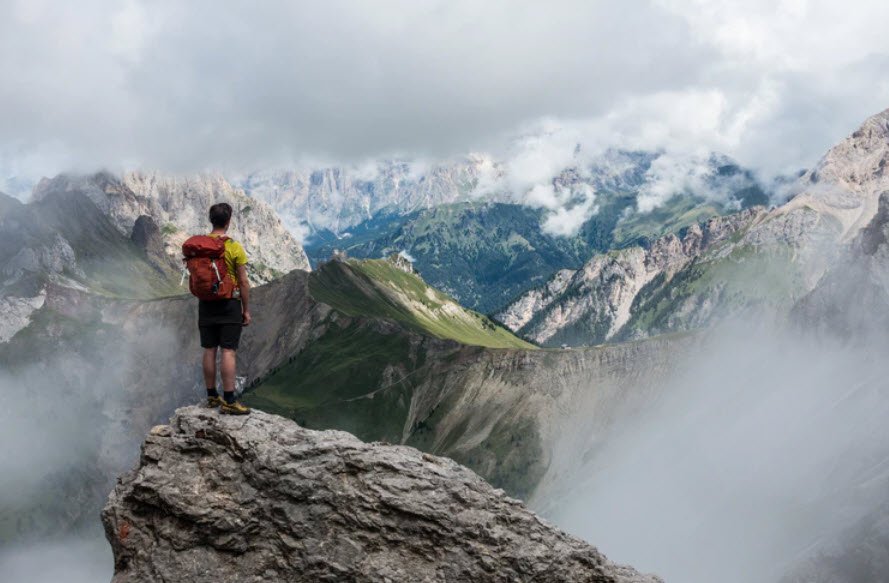 These two plots moved towards each other in millions of years. Due to this, silt began to accumulate in the water of Tethys Sea and the water gradually started receding. Due to the pressure from two opposing directions, the layer of soil, silt etc. in the ocean also moved upwards. This action continued continuously and about 2.5 million years ago, this action resulted in the creation of the Himalayas.

Before the Himalayas there was a sea, it is also confirmed by the fact that the peak of Mount Everest is made of marine limestone.

The Himalayas rise above 5 mm every year:

The Indian plate is still moving at a speed of 65 mm. As a result, the height of the Himalayas increases by an average of 5 mm every year. The height of Mount Everest, the highest peak in 1954, was 8,848.86 m meters which is now increased by 0.86 meters.

How huge is the Himalayas?

The Himalayas cover a total area of ​​5,95,000 sq km. Looking at its length, it extends from Pakistan occupied Kashmir (POK) in the west to Tibet in the east, about 2500 kilometers. Looking at its width, it is 200 to 400 km at various places between south to north.

Nepal and Bhutan are inhabited only in the Himalayan region. It is the only mountain range in the world that extends to so many countries.

There are at least 109 peaks in the world, whose altitude is more than 7200 meters above sea level. Most of these peaks are in the Himalayan region. These include Mount Everest, the world’s highest peak.

After Antarctica and Arctic, the highest snow is deposited in the Himalayan range. That is why it is also called ‘third pole’ (third pole). There are at least 15 thousand giant glaciers including glaciers like Gangotri and Yamunotri. Gangotri is about 30 km long and 2 to 4 km wide. The Ganges originates from this.

Glaciers have also been affected in recent years due to global climate change. Many glacier lakes have formed during the past years in the Himalayan region of Bhutan. It will have a serious impact on humans and nature in the coming decades.

Lakes in the Himalayas …

There are many lakes in the Himalayan region. The most prominent of these is the Lake Manasarovar which is spread over 420 sq km near Mount Kailash. It is situated at an altitude of 4590 meters above sea level.

Pangong Lake is also an important lake which is located in both India and China. By the way, the largest lake in the Himalayan region is the Yamdrok Lake, which extends over about 700 sq km.

How is the landscape of the Himalayas?

As we go to altitude, the weather gets colder. On average one km goes up when the temperature drops by 4 to 6 degrees. In the Trans Himalayan (e.g. Ladakh etc.), the temperature reaches 40 °C due to the influence of the Tundra weather. Rainfall in the Himalayan region is influenced by Indian weather patterns and western disturbances. The average of annual rainfall also increases as it moves from west to east.

Furthermore, Snow leopard (icy leopard) is found in the upper parts of the Himalayas. Their number is steadily decreasing. Its main prey is the mountain sheep ‘Bharal‘, also known as the Blue Sheep. 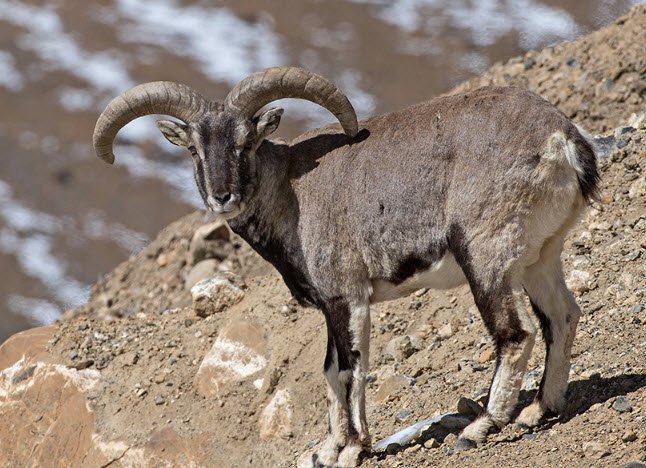 Once upon a time, Himalayan musk deer were also found in abundance, but now due to various reasons their number has also reduced considerably. Similarly, animals like Brown Bear (Brown Bear) and Red Panda are also struggling to save the existence. The Himalayas are also home to many migratory birds. In the Himalayan region, new species of animals are constantly being discovered.

The flora of the Himalayas is very important for the climate and human society in the Indian subcontinent. But due to climate change, environment changes and human activities, the specific vegetation is also under threat or it is changing the pattern of housing. Many vegetation, which was earlier found in the lower reaches of the Himalayas, is now found only at relatively high altitudes.

About 30 percent of India’s forests are located in the Himalayan region.